‘blurring the line between art and science – through the body’ 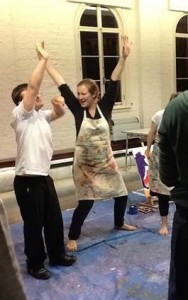 In week 1 we explored sensations, neurons, connections, neuroimaging techniques such as MRI and EEG, moved words through our bodies, played with performative objects, making new and shared memories and enlivened all though through memory and movement …

In week 2 we made ‘feeling signatures’ – inspired by neural waveforms which are recorded and then analysed in EEG techniques. After watching a film of the EEG process, these ‘signatures of neural activity’ were explored through different body states/ways of feeling… 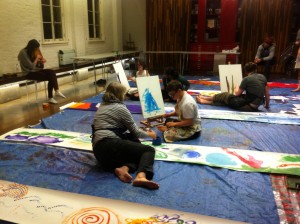 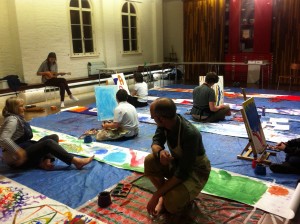 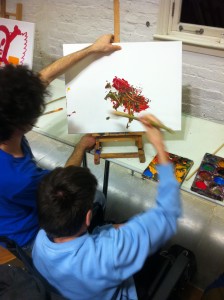 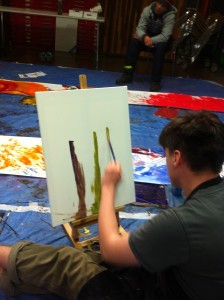 … we used this embodied exploration to ‘move’ the different states we explored. These included ‘the feeling of water’, ”feeling soft’, ‘anger’, ‘excited’ and ‘joy’. This exploration was then extended through a  second phase where we listened to some live music performed by musician Holly Barker. Holly played different musical instruments which helped us attune and express different states of being which mirror the complexity within EEG waveform data. 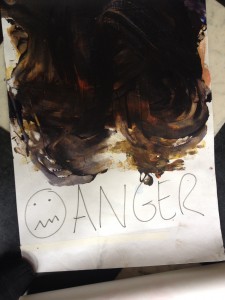 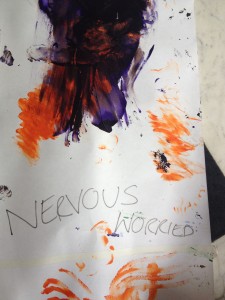 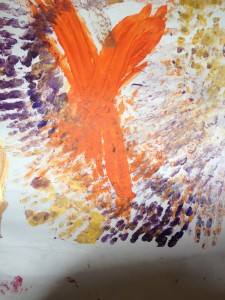 A trip to the Wellcome collection gave us the opportunity to explore science and the body and to make some impromptu art – we began without words, by passing string around, moving it ceaselessly. We then began attaching balls of tissue paper. These were individual memories we shared with the group. At the end, it was clear: together we created a shared memory, exploring memory and the brain through movement. 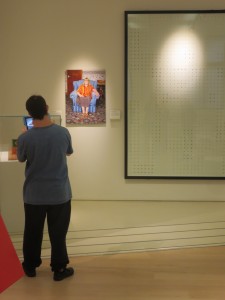 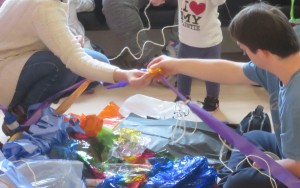 A workshop on memory, neuronal function and social remembering 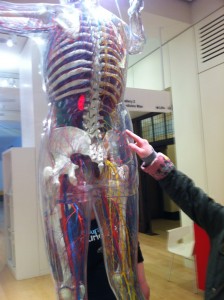 we then re-created this back at the gallery and invited members of the public to attach their own memories. We recorded their stories aurally too. 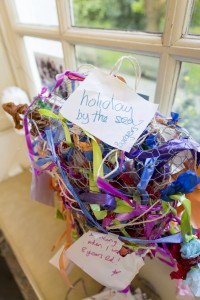 In week 3 we move onto an exploration which asks: how does memory come to be in the body and how, through our skin, do we relate and affect the world outside us using performative memory objects, casting processes and movement work. Dr Lewis Goodings (University of East London) visited and joined in with Transitions and prompted some discussion on plasticity and in particular one conversation on how an orange is like the brain!

A workshop on processes of forming and changing memory

After an initial exploration of different objects, their uses and how they help us to remember, we took them through a process of transformation, along with our senses and used movement work to explore how this experience left impressions with us: more shared memory! The materials provoked dialogue on sensory experience, the brain and concepts including material density.

I extended this workshop to a teachers evening where we dialogues memory and how this changes over time, with and through the casting process… 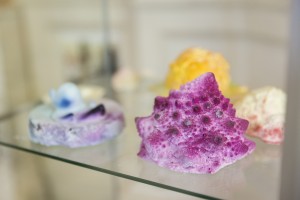 We made personal identity-memory blocks, exploring important aspects to the self, creating a forum to explore what makes us who we are. We then joined them up to make a memory wall. The blocks also symbolised neurons. Basic building blocks in the brain/cells in the body. We remembered our trip to the Wellcome trust where we learned that each cell in our body contains the entire genetic compliment that makes us us! Connecting the blocks we found similarities and differences between and within each block/neuron/cell. We named and moved these connections, creating an embodied exploration of self and others. We learned that these connections form pathways in the brain which underpin learning. These pathways also formed the social ties that through which we find our shared identity and a deep sense of belonging as a community of artists.

Both groups performatively enlivened key themes from the project using worlds and objects to inspire movement and choreography. 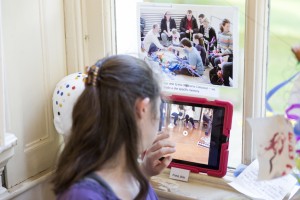 A film of the entire 4 projects – Memory and Movement, Genetics and the Digital age, The Mechanics of the Body and Mapping the Body by Artist Amy Pennington was made.